Soroti District Local Government Authorities on Wednesday handed over bicycles to 11 Community Based Facilitators, under the Agriculture cluster development project-ACDP

Soroti District Local Government Authorities on Wednesday handed over bicycles to 11 Community Based Facilitators, under the Agriculture cluster development project-ACDP.

ACDP is a project, being implemented by the Ministry of Agriculture, animal industry and Fisheries, in 57 districts in Uganda, with funding from the World Bank, with a major aim of raising farm productivity, production and marketable volumes of selected agricultural commodities in a specified Agricultural cluster.

Under the project, Community Based Facilitators-CBF, were hired to strengthen Farmer Participation in the ACDP activities.

According to the Soroti district Agriculture officer, Moses Okello Echeku, the ministry of Agriculture, Animal Husbandry and Fisheries, decided to distribute the bicycles, to help the CBFs as they are traversing their Sub Counties, while sensitizing the famers on how to improve on the production of beans and tea, which are the priority crops under the ACDP project.

He added that the community-based facilitators, are expected to bring back the bicycles to the Soroti district local government, upon the expiry of their contracts.

Each Sub County has two Community Based Facilitators, while town councils have one each. While handing over the bicycles to the beneficiaries at the district headquarters the Soroti district Ag. Deputy CAO Jane Akiror asked the community-based facilitator to use the bicycles for their intended purposes, in order to improve agricultural productivity through intensive sensitization of farmers in their respective sub counties. 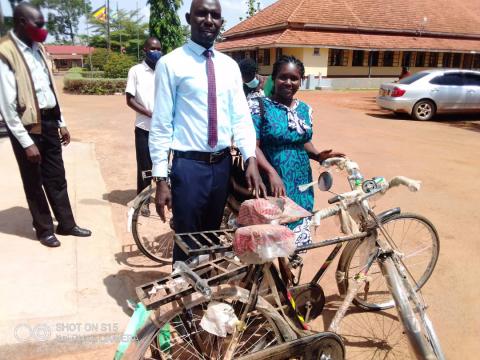 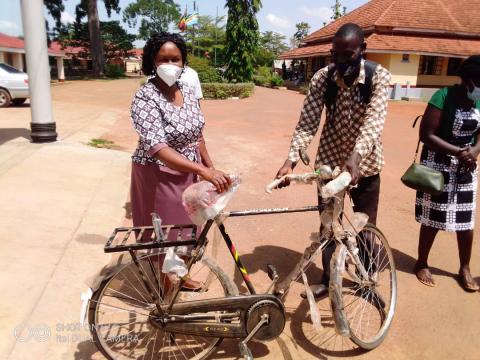 The District Chairperson Hon. Simon Peter Edoru commended the Government and the World Bank, saying that the ACDP project is intended at raising the income levels of low-income earners in the district. “The bicycle will help you to mobilize and sensitize farmers on how to improve agricultural productivity,” said Edoru.